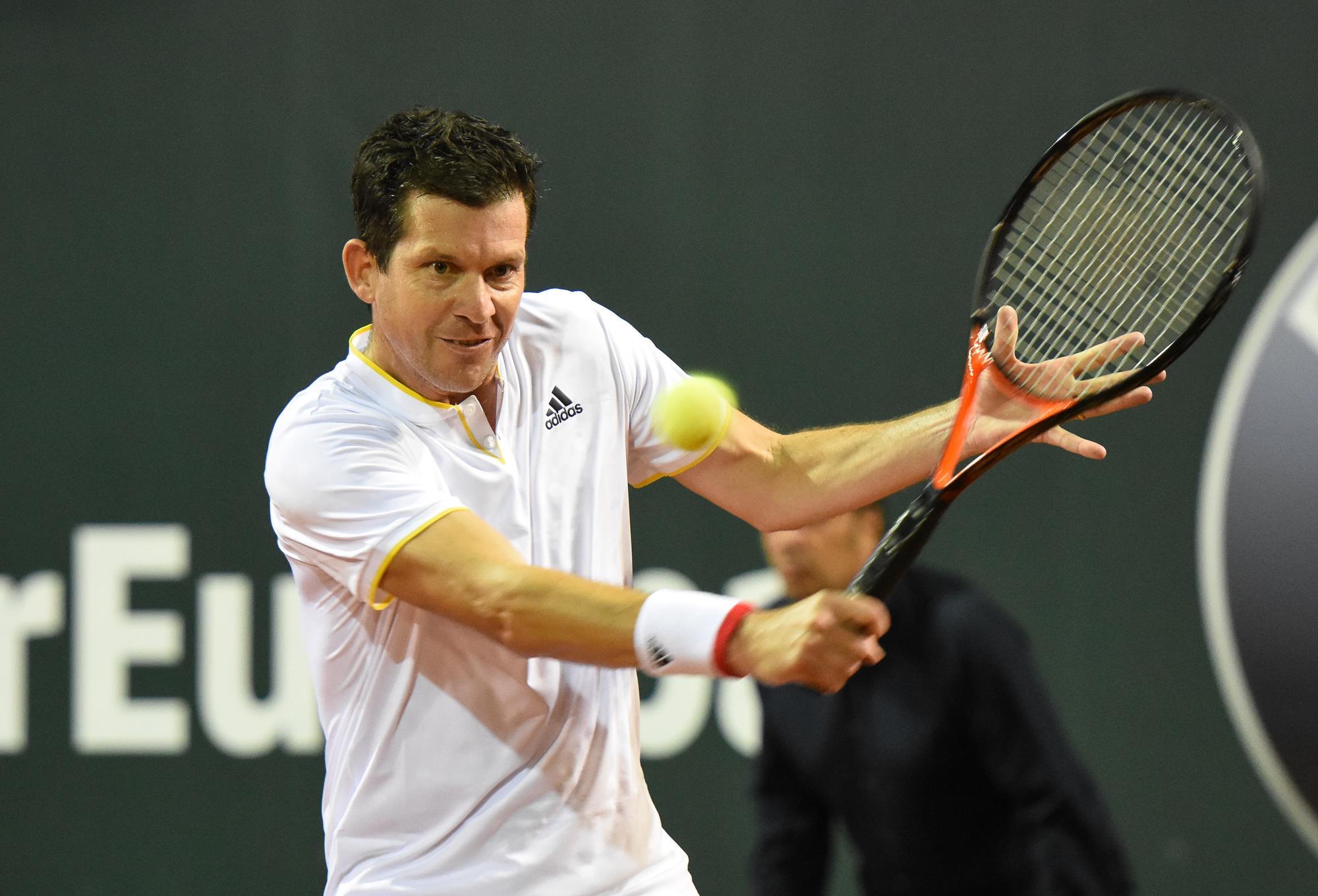 The next time you watch a great single-handed backhand, watch what the player does with their non-racket arm.

The other arm plays a far more important role in the shot than many people realise. It plays a supporting role at the throat of the racket during the grip change and take back, right up into the fully loaded position. It then plays a starring role as the racket starts it’s follow-through.

The non-racket arm is either floated back or sometimes accelerated back (depending on how hard you are hitting) to a counter-balanced position. The use of this arm as a form of balance is fairly obvious and if you put your left hand in your left pocket (right-handers) and keep it there for the duration of your shot, you’ll soon see what I mean.

The non-racket arm is utilized in the same way for a slice backhand, though it finishes higher for the slice and lower for the drive (see Tim Henman’s photo with his left hand lower).

The other reasons for separating the arms are that this action slightly sqeezes the shoulder blades together which aids the generation of extra power in the shot, and also it helps prevent the chest rotating round to face the net too much.

Tim Henman has used this technique with great success over the years. 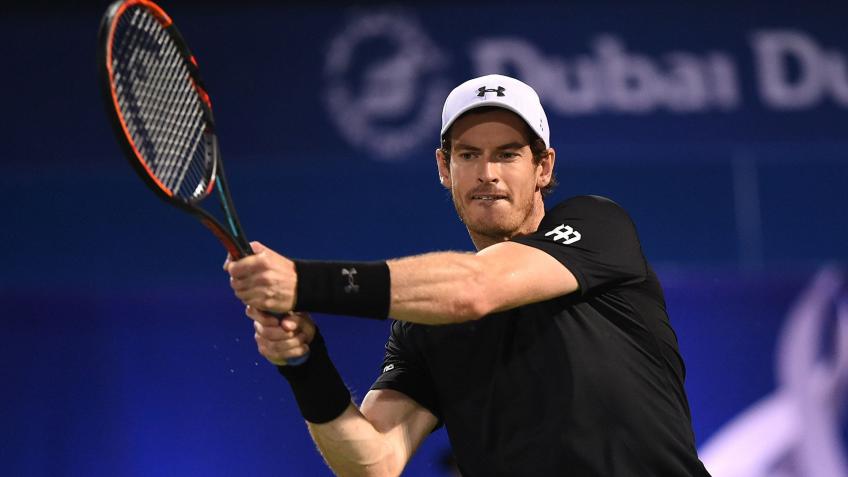 Andy Murray has become a force to be reckoned with on the men’s tour and so has his double-handed backhand. The Andy Murray backhand really is a classic stroke and certainly a great example for youngsters to emulate.

So what’s so good about it?

Andy has so many good points about his backhand it’s difficult to know where to start.

His movement has improved massively over the past year. His tuning around the ball and his general court coverage and retrieving is first class.

He can do so much with his drive – it’s scary! His timing is sweet and his racket head control is full of snap. He has the ability to really impose this shot in a rally, due partly to the way he climbs all over the ball striking it very early after the bounce. This, of course, gives the opponent very little time between shots and is very tiring for the opponent to play.

He abbreviates his technique one minute and winds up with a full-blown shot the next. He naturally mixes the pace to stop his opponent finding a comfortable rhythm.

He has a classic straight right arm on take back, with slightly flexed arms on impact. Lovely! He plays many shots around the baseline with an open stance and with great weight transference. His balance is superb, very rarely collapsing on impact.

My favourite part of Andy’s drive is the tremendous racket head speed he generates. He really lets the tip of the racket overtake the grip with ferocious speed. As a result, he finishes the shot with his arms and racket wrapped over his shoulder.

Andy plays his slice as a classic one-handed shot and has a textbook take back and follow-through. He often incorporates this shot into his rallies for change of pace, change of spin and for approach shots. He sometimes just floats his slice backhand deep, without much pace and other times zips it over the net low and fast. He also uses a lovely short cut shot that phizzes low.

As a result of his really natural slice backhand, the drop shot is an easy progression for Andy. He uses this shot to great effect, especially as he has recently improved his ability to decide when it’s a good time to play the shot.

Andy can be seen week in and week out taking his returns early, constantly returning to the feet of the incoming server. His excellent ability to abbreviate his technique makes his return a real weapon. He moves forward, does a split step and then pounces on the ball. His great racket head control means that the flicks and clipped shots are a breeze.

Even when the opponent is staying back on the baseline, Andy is constantly nailing balls into the corners, off the return.

Andy Murray most definitely is the real deal! 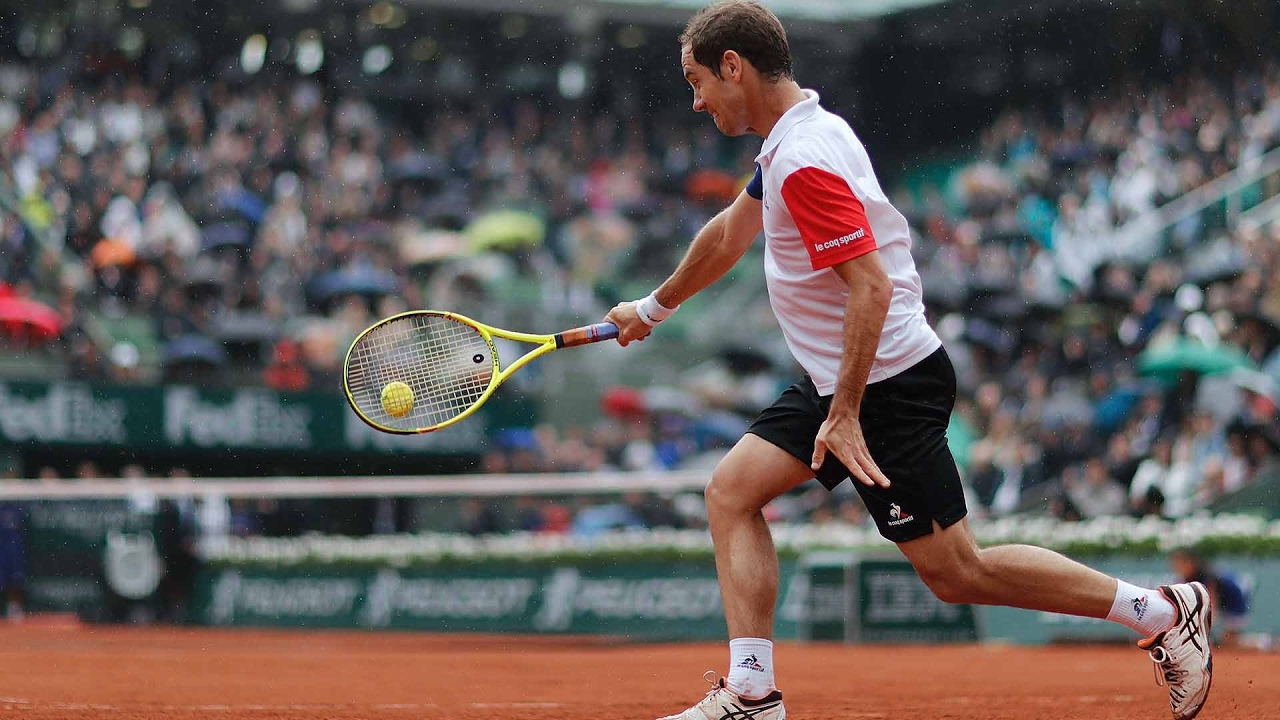 At times Roddick was looking up at his coach Jimmy Connors in sheer despair, as yet another backhand down-the-line ripped passed him at a ridiculous speed. Gasquet was on fire and as a result, was almost hitting winners at will.

The shot that had the spectators literally gasping was his single-handed topspin backhand – so let’s take a look.

Gasquet’s backhand is typical of the way the modern-day single-handed topspin shot is evolving. Very high preparation at full backswing, looping around and down before contact. This is more prevalent in today’s game – though his shot is still extreme.

The high take-back has evolved as a result of some players trying to squeeze a little more power out of their shot. We used to see it on balls bouncing around head height – but more and more we see it on general backhands too. I was really interested to see at this year’s French Open, how high some of the South Americans were preparing for the shot.

As youngsters, we were told not to prepare too high as this would cause problems – and the high take-back technique is not something I would readily recommend to club standard players, as perfecting this involves impeccable timing. The images of Gasquet above show how far his racket needs to drop from full preparation to below the ball position. This timing is not for the faint-hearted and if not executed perfectly, will lead to a late struck, handcuffed shot.

Gasquet further complements his backhand with excellent shoulder turn, great knee bend, perfect use of his non-racket arm and a spot on striking position.

Take a look and savour it!